Oil: a financing method of armed groups, will it bring peace to Virunga?

International Relations specialist Achim Wennmann’s investigated the economic dimensions of armed groups. His study reveals a wide variety of financing methods used by armed groups and state actors in conflict zones like eastern DRC. Insights are provided on how the presence of oil influences armed groups strategies and power relations in these “no-go”[1] zones.

One interesting aspect is that state actors often use oil as a power strategy; due to its concentrate characteristic, oil does not easily fall in the hands of smaller armed groups. State actors use oil then as a power leverage against these smaller groups, which are getting incentives from other natural resources like diamond, gold or coltan. This is just a temporary power equilibrium: in the long run armed groups use other tactics like oil bunkering and kidnapping, as well as illegal tapping like in Nigeria. This is also what we are witnessing in North and South Kivu: armed groups fully involved in the illegal extraction of natural resources, including forced monopoly and price-fixing and receiving benefits from it.

If we look at oil as a funding mechanism of armed groups different scenarios can be distinguished in Nigeria, Angola and Sudan and none of them are constructive

What could oil mean for a fragile region and ecosystem like Eastern DRC? 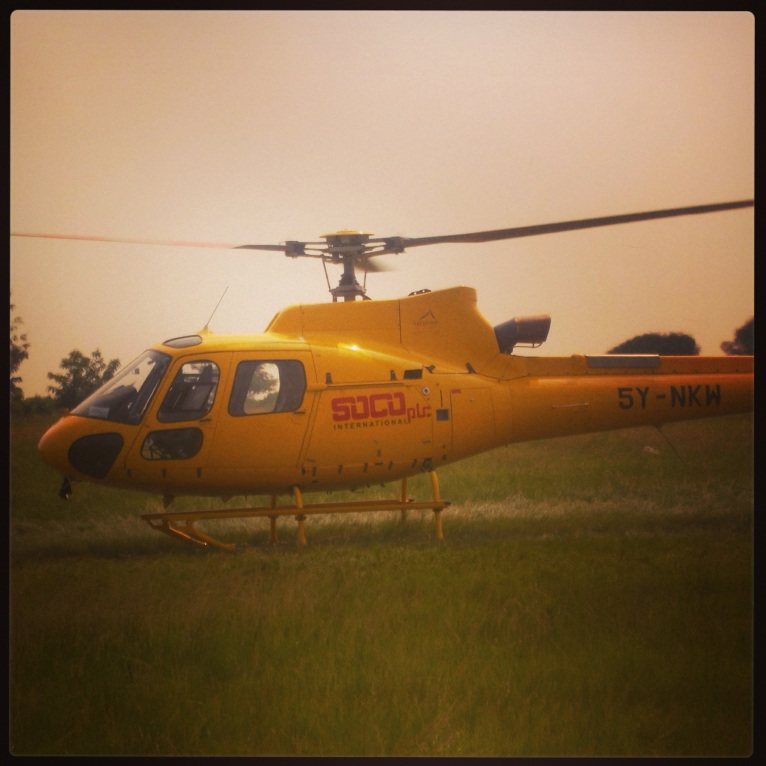 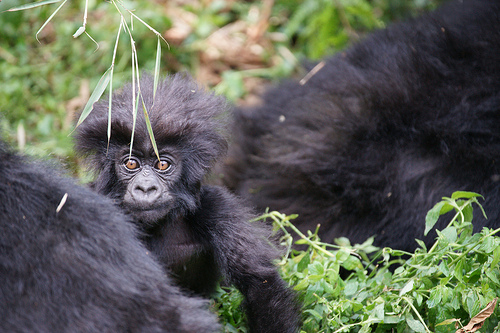 Will oil bring peace? Has oil brought peace to Sudan? No.

If oil comes to Virunga, some actors will get more power. The balance will shift, but in which hands, for how long and to what end? If we take a closer look at the situation in other countries, none has served the interests of local communities; none has brought peace; only more conflict and death.

The war in Eastern DRC is already the deadliest conflict worldwide since World War II, and since the conflict relapse the death toll is ticking. Will UK, France and all the companies involved be held accountable for pouring more oil into the midst of a rebellion?

We urge national and international governments not to bring oil as a negotiation tool in the Virunga conflict. This would destroy the last remaining hope for peace; people have already suffered enough, and oil never brought peace.

Gorillas and eco-tourism on the other hand bring peace and development. Initiatives like the Greater Virunga Transboundary Collaboration have brought people and countries together. Let’s build on that; don’t ‘kill the goose that lays the golden eggs’.

“Armed groups use a wide variety of financing methods to sustain their military activities as well as the combatants that make up the armed groups. Strategies used by armed groups include, for example, bank robbery, foreign government support, revenue from natural resources, kidnapping, diaspora remittances, and taxes.14 The kinds of methods used to finance armed groups depend on the opportunities for money-making in the specific territories that an armed group controls, the geo-strategic significance of this territory, and the international political context that shapes the conflict. For instance, in Nigeria the presence of oil defines incentives for oil theft, kidnapping of oil workers, and support from frustrated communities.

Furthermore, natural resources differ in their role in conflict financing depending on their innate or geographical characteristics. For example, ‘concentrated’ resources – such as oil or minerals – require considerable investments and partnerships for exploration. They are therefore more likely to be a financing strategy for state actors, rather that smaller armed groups. The latter may be involved in oil bunkering, but this is distinct from really managing an entire exploration process.

Angola is again a case in point: oil provided government forces with a strategic advantage because it generated more revenue than diamonds. Its revenue base was also less vulnerable to attack, owing to its offshore location. In contrast, UNITA was unable to establish control over the capital and the state because diamonds did not generate enough revenue to escalate the conflict and match the military prowess of the government. One can differentiate between three levels of financing in terms of effectiveness. On the first level are resources that are easy to centralize, and generate a high value and immediate revenue stream. These are essentially characteristics associated with oil, diamonds, drugs, and third-party direct financial assistance, and they are important for the start-up or escalation phase when financial requirements are highest. On the second level are resources that provide constant revenue over time. These include taxation, parallel economies, and diaspora financing and are useful to cover maintenance costs. On the third level are resources deriving from humanitarian assistance, contributions of individuals, kidnapping, asset transfers from civilians, landing fees, and revenue from portfolio investments. These are less effective strategies of conflict financing because on their own they cannot finance an armed conflict even though they can be important in motivating commanders and troops.

In Sudan, oil has been a central focus of the economic agendas of both the government and the SPLM/A. High levels of armed violence in oil-producing regions prevented the government from fully benefiting from the revenue potential of the oil wealth because they undermined efforts to attract foreign investors. Some oil companies made the case to all belligerents that the end of fighting and a peace process was the best strategy to ensure sustainable oil production and benefits for all. One company even led informal talks making the case that ‘oil represented an incentive for peace in so far as oil activities could not be pursued in a war context.”

Source: A. Wennmann – Economic dimensions of armed groups: profiling the financing, costs, and agendas and their implications for mediated engagements

[1] Here we use ‘No-go-zone’ in the sense of a conflict zone –and not as a biodiversity hotspot and World Heritage site.