Belgium Government sends a strong appeal to the international community: “It is a crime to leave such a jewel of biodiversity to be massacred for economic profits! The park already devastated by war, poaching and deforestation is now seriously threatened by the oil companies. It must stop.”

In its resolution, the MP Dallemagne urges the Belgian Government to act promptly, firmly and with the support of the Congolese Government, the European Union and the international community in order to prevent irreparable harm related to oil exploration and other illegal activities in the Virunga National Park. He also asks to consider sanctions against oil companies Total and Soco who do not subscribe to the commitments made by UNESCO. 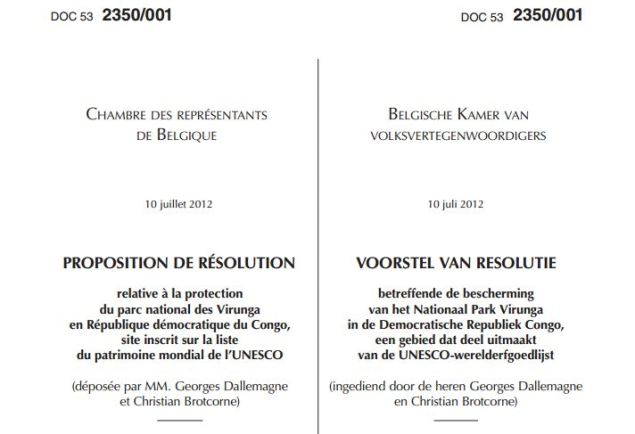 4 thoughts on “DEC 13, 2012: Belgium Resolution to Protect Virunga National Park has been passed”