This joint resolution, supported by more than 50 European parliamentarians, expresses its strong concern at the deterioration in the DR Congo and impacts on the political, humanitarian and security situation in Congo, as well as stressing the link between natural resources and conflict in the Great Lakes Region. In this resolution, the European members of the parliament also condemn the granting of oil concessions within Virunga National Park.

Both resolutions call on the DR government not to deliver any authorization for oil exploitation in this World Heritage Site; the Belgian MPs call for bigger steps and consider sanctions against the oil companies Total and Soco who do not subscribe to the commitments made by UNESCO. 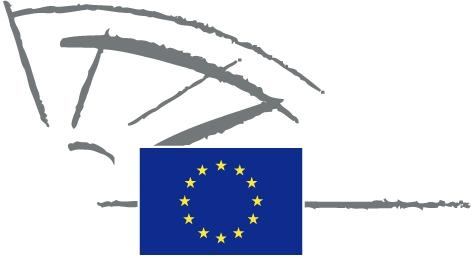 JOINT MOTION FOR A RESOLUTION

R.  whereas the DRC, and in particular the eastern regions currently under the control of armed paramilitary groups, possesses an abundance of natural resources such as gold, tin and coltan, which through illegal mining activities helps to finance and perpetuate the conflict;

S.   whereas Virunga National Park was listed by UNESCO in 1979 as a World Heritage Site because of its unique biodiversity;

T.  whereas it is unacceptable that oil concessions have been granted in Virunga National Park in violation of the Paris Convention of 16 November concerning the Protection of the World Cultural and Natural Heritage;

U.  whereas the oil concessions granted in Virunga National Park are contrary to this Convention linking the DRC and UNESCO, and to the Congolese Constitution and laws, and whereas these concessions should therefore be cancelled;

V.  whereas rising unemployment, the social crisis, the food crisis, the inadequacy of basic services, the impoverishment of the population and environmental degradation are also partly responsible for the region’s instability; whereas these problems require a comprehensive development plan and strategy;

20. Considers that transparent access to and control over the natural resources of the DRC are indispensable for the sustainable development of the country;

21. Calls for stronger legal measures to ensure better traceability of minerals from illegal mining, with an international market control instrument on natural resources, inspired by the Dodd-Frank Act, adopted by the US Congress;

22. Urges the Congolese Government to act promptly and firmly to prevent all irreversible damage to Virunga National Park, due to the exploration and exploitation of oil or other illegal activities;

23. Calls on the Congolese Government not to deliver any authorisation for oil exploitation, in accordance with the express demand of UNESCO;

The European Parliament adopted a resolution the situation in the Democratic Republic of the Congo. The resolution was tabled by the ECR, EFD, EPP, S&D, ALDE, Greens/EFA, and GUE/NGL groups.

Parliament expresses its strong concern at the deterioration in the general situation in the east of the DRC, and strongly condemns the attacks by M23 and all other negative forces in the east of the DRC in recent months. Members call specifically on both the Governments of Rwanda and Uganda to desist from supporting the rebel group M23 as this is having a destabilising impact on the Great Lake region. They recall that the United Nations Group of Experts has presented evidence of Rwanda backing to M23 rebels providing military support, including weapons, ammunition, training and soldiers.

Parliament strongly condemns the acts of sexual violence, which have been committed on a massive scale in the DRC, particularly the rape of women and girls, and the recruitment of children. It urges the Government of the DRC and the international community to provide all persons in need in the east of the DRC with appropriate medical care, including posttraumatic and psychological support. Members call, in particular, for the perpetrators of human rights violations, war crimes, crimes against humanity, sexual violence against women and the conscription of child soldiers to be reported, identified, prosecuted and punished in accordance with national and international criminal law, and they stress that impunity cannot be tolerated regardless of who the perpetrators may be.

The Congolese Government is asked to assume its full responsibility and bring impunity to an end, including the abuses perpetrated by the Congolese army (FARDC).

Members want an EU position vis-à-vis all individuals who have violated the UN arms embargo on Congo.

Parliament goes on to state that all parties concerned must contribute in good faith to a peaceful resolution and calls, furthermore, for the immediate implementation of the crisis resolution plan adopted in Kampala on 24 November 2012. It also stresses the importance of the effective functioning of the joint verification mechanism established by the ICGLR member states, to monitor troop movements in the east of the DRC and the establishment and effective deployment of the envisaged neutral international force. It welcomes the efforts of the member states of the International Conference on the Great Lakes Region (ICGLR), the African Union (AU) and the UN in their efforts and initiatives seeking a lasting and peaceful political solution to the crisis. Parliament insists that a military solution will not resolve the crisis and calls, therefore, for a political peace process that will tackle the disarmament of rebel forces and the root causes of the conflict. The AU and the Great lakes countries must take further steps to fight illicit exploitation of and trade in natural resources – one of the reasons for the proliferation and trafficking of arms, which are among the major factors fuelling and exacerbating conflicts in the Great Lakes region. Transparent access to and control over the natural resources of the DRC are indispensable for the sustainable development of the country.

The resolution calls for efforts to be made at both national and international level to increase the authority of the state and the rule of law in the DRC, particularly in the fields of governance and security, including in close cooperation with the European Union military assistance mission (EUSEC) and the Union’s police assistance mission (EUPOL), which should be continued in order to consolidate peace and security both in the country and in the Great Lakes region. Members also urge the Monusco stabilisation mission in DRC to implement its mandate with greater effectiveness in order to guarantee the security and safety of Congolese civilians. They recommend promoting and facilitating the establishment of local peace initiatives by Monusco and the DRC Government, particularly in territories where there are strong ethnic tensions, in order to stabilise the situation on a permanent basis.

Lastly, Parliament urges the Congolese Government to act promptly and firmly to prevent all irreversible damage to Virunga National Park, due to the exploration and exploitation of oil or other illegal activities.