Pope Francis challenges unfettered capitalism and places focus on the protection of the environment. The pope calls for “respect and protection of the entire creation which God has entrusted to man, not so that it be indiscriminately exploited but rather made into a garden.” 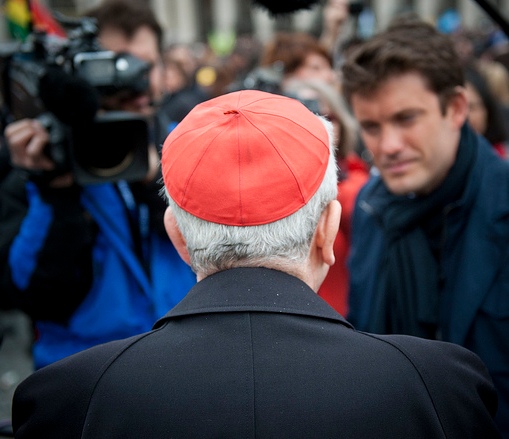 Catholic Church of England and Wales 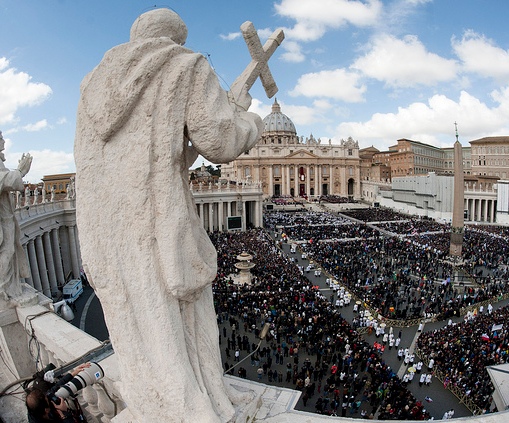 Pope Francis has published his first Apostolic Exhortation Evangelii Gaudium (the Joy of the Gospel) in which he calls unfettered capitalism “a new tyranny”, urging global leaders to fight poverty and growing inequality: “Just as the commandment ‘Thou shalt not kill’ sets a clear limit in order to safeguard the value of human life, today we also have to say ‘thou shalt not’ to an economy of exclusion and inequality. Such an economy kills. How can it be that it is not a news item when an elderly homeless person dies of exposure, but it is news when the stock market loses two points? As long as the problems of the poor are not radically resolved by rejecting the absolute autonomy of markets and financial speculation and by attacking the structural causes of inequality, no solution will be found for the world’s problems.” (1)

While the earnings of a minority are growing exponentially, so too is the gap separating the majority from the prosperity enjoyed by those happy few. This imbalance is the result of ideologies which defend the absolute autonomy of the marketplace and financial speculation. Consequently, they reject the right of states, charged with vigilance for the common good, to exercise any form of control.

A new tyranny is thus born, invisible and often virtual, which unilaterally and relentlessly imposes its own laws and rules. Debt and the accumulation of interest also make it difficult for countries to realize the potential of their own economies and keep citizens from enjoying their real purchasing power. To all this we can add widespread corruption and self-serving tax evasion, which have taken on worldwide dimensions.

The thirst for power and possessions knows no limits. In this system, which tends to devour everything which stands in the way of increased profits, whatever is fragile, like the environment, is defenseless before the interests of a deified market, which become the only rule.

We human beings are not only the beneficiaries but also the stewards of other creatures. Thanks to our bodies, God has joined us so closely to the world around us that we can feel the desertification of the soil almost as a physical ailment, and the extinction of a species as a painful disfigurement. Let us not leave in our wake a swatch of destruction and death which will affect our own lives and those of future generations.

Pope Francis has already become a favorite of progressives with his fairly open-minded statements on homosexuality and birth control. But that adoration may go into overdrive, now that the Pope has adopted a new role as an environmental crusader, too. On Monday, the Pope was photographed with environmental activists holding T-shirts with anti-fracking slogans.

The photographs were taken after a meeting in the Vatican on Monday in which the Pope spoke with a group of Argentine environmental activists to discuss fracking and water contamination. He reportedly told the group he is preparing an encyclical — a letter addressing a part of Catholic doctrine — about nature, humans, and environmental pollution.

In the pictures, one of the men standing with the Pope is movie director and Argentine politician Fernando ‘Pino’ Solanas, known for his activism against “environmental crimes” and his film “Dirty Gold” about mega-mining. In particular, Solanas is a vocal opponent of an August agreement between the Argentine government and Chevron to develop shale oil and gas, which he calls “the largest environmental disaster in the Amazon.” Drilling for these resources often requires hydraulic fracturing or “fracking,” which is criticized by opponents for relying on toxic fluid and posing water contamination risks.

The Chevron deal is just one instance of American oil companies looking further and further afield to develop shale oil and gas as vast foreign reserves promise imitations of the United States’ own shale oil revolution. Particularly in lower-income countries like Argentina, the promise of such a revolution is too lucrative to resist — especially with so many betting on its potential. The United States Energy Information Administration has ranked Argentina fourth behind Russia, the United States, and China in terms of shale oil reserves. In terms of shale gas reserves, Argentina is ranked second only after China. But the government’s embrace of Chevron has been met with fierce protests, some of which have prompted a brutal crackdown from police with tear gas and rubber bullets. Argentina’s indigenous Mapuche Indian community has been a firebrand group behind the protests, claiming they weren’t consulted on the deal as required by international treaties covering indigenous peoples.

According to one report of the meeting, His Holiness’s concern was “clear” when hearing about the Chevron deal in Argentina and other environmental disputes in the region. On Tuesday, Sarah Palin said she was shocked by the pontiff’s “liberal” statements. Wait ’til she hears about his new role as the face of Argentina’s environmentalist movement.