The Impossibility of Growth: Why collapse and salvation are hard to distinguish from each other 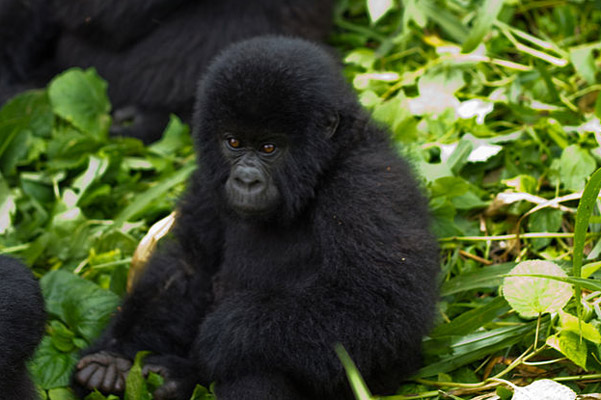 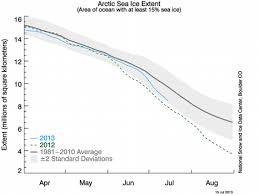 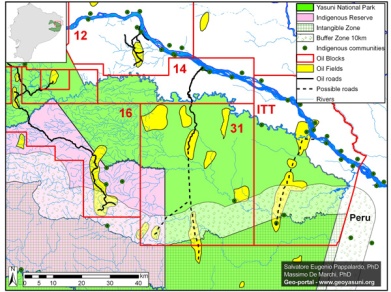 By George Monbiot, published in the Guardian 28th May 2014

Let us imagine that in 3030BC the total possessions of the people of Egypt filled one cubic metre. Let us propose that these possessions grew by 4.5% a year. How big would that stash have been by the Battle of Actium in 30BC? This is the calculation performed by the investment banker Jeremy Grantham(1).

Go on, take a guess. Ten times the size of the pyramids? All the sand in the Sahara? The Atlantic ocean? The volume of the planet? A little more? It’s 2.5 billion billion solar systems(2). It does not take you long, pondering this outcome, to reach the paradoxical position that salvation lies in collapse.

Economic growth is an artefact of the use of fossil fuels. Before large amounts of coal were extracted, every upswing in industrial production would be met with a downswing in agricultural production, as the charcoal or horse power required by industry reduced the land available for growing food. Every prior industrial revolution collapsed, as growth could not be sustained(3). But coal broke this cycle and enabled – for a few hundred years – the phenomenon we now call sustained growth.

It was neither capitalism nor communism that made possible the progress and the pathologies (total war, the unprecedented concentration of global wealth, planetary destruction) of the modern age. It was coal, followed by oil and gas. The meta-trend, the mother narrative, is carbon-fuelled expansion. Our ideologies are mere subplots. Now, as the most accessible reserves have been exhausted, we must ransack the hidden corners of the planet to sustain our impossible proposition.

On Friday, a few days after scientists announced that the collapse of the West Antarctic ice sheet is now inevitable(4), the Ecuadorean government decided that oil drilling would go ahead in the heart of the Yasuni national park(5). It had made an offer to other governments: if they gave it half the value of the oil in that part of the park, it would leave the stuff in the ground. You could see this as blackmail or you could see it as fair trade. Ecuador is poor, its oil deposits are rich: why, the government argued, should it leave them untouched without compensation when everyone else is drilling down to the inner circle of hell? It asked for $3.6bn and received $13m. The result is that Petroamazonas, a company with a colourful record of destruction and spills(6), will now enter one of the most biodiverse places on the planet, in which a hectare of rainforest is said to contain more species than exist in the entire continent of North America(7).

The UK oil company Soco is now hoping to penetrate Africa’s oldest national park, Virunga, in the Democratic Republic of Congo(8); one of the last strongholds of the mountain gorilla and the okapi, of chimpanzees and forest elephants. In Britain, where a possible 4.4 billion barrels of shale oil has just been identified in the south-east(9), the government fantasises about turning the leafy suburbs into a new Niger delta. To this end it’s changing the trespass laws to enable drilling without consent and offering lavish bribes to local people(10,11). These new reserves solve nothing. They do not end our hunger for resources; they exacerbate it.

The trajectory of compound growth shows that the scouring of the planet has only just begun. As the volume of the global economy expands, everywhere that contains something concentrated, unusual, precious will be sought out and exploited, its resources extracted and dispersed, the world’s diverse and differentiated marvels reduced to the same grey stubble.

Some people try to solve the impossible equation with the myth of dematerialisation: the claim that as processes become more efficient and gadgets are miniaturised, we use, in aggregate, fewer materials. There is no sign that this is happening. Iron ore production has risen 180% in ten years(12). The trade body Forest Industries tell us that “global paper consumption is at a record high level and it will continue to grow.”(13) If, in the digital age, we won’t reduce even our consumption of paper, what hope is there for other commodities?

Look at the lives of the super-rich, who set the pace for global consumption. Are their yachts getting smaller? Their houses? Their artworks? Their purchase of rare woods, rare fish, rare stone? Those with the means buy ever bigger houses to store the growing stash of stuff they will not live long enough to use. By unremarked accretions, ever more of the surface of the planet is used to extract, manufacture and store things we don’t need. Perhaps it’s unsurprising that fantasies about the colonisation of space – which tell us we can export our problems instead of solving them – have resurfaced(14).

As the philosopher Michael Rowan points out, the inevitabilities of compound growth mean that if last year’s predicted global growth rate for 2014 (3.1%) is sustained, even if we were miraculously to reduce the consumption of raw materials by 90% we delay the inevitable by just 75 years(15). Efficiency solves nothing while growth continues.

The inescapable failure of a society built upon growth and its destruction of the Earth’s living systems are the overwhelming facts of our existence. As a result they are mentioned almost nowhere. They are the 21st Century’s great taboo, the subjects guaranteed to alienate your friends and neighbours. We live as if trapped inside a Sunday supplement: obsessed with fame, fashion and the three dreary staples of middle class conversation: recipes, renovations and resorts. Anything but the topic that demands our attention.

Statements of the bleeding obvious, the outcomes of basic arithmetic, are treated as exotic and unpardonable distractions, while the impossible proposition by which we live is regarded as so sane and normal and unremarkable that it isn’t worthy of mention. That’s how you measure the depth of this problem: by our inability even to discuss it.

References:
1. http://www.theoildrum.com/node/7853
2. Grantham expressed this volume as 1057 cubic metres. In his paper We Need To Talk About Growth, Michael Rowan translated this as 2.5 billion billion solar systems. (http://persuademe.com.au/need-talk-growth-need-sums-well/). This source gives the volume of the solar system (if it is treated as a sphere) at 39,629,013,196,241.7 cubic kilometres, which is roughly 40 x 1021 cubic metres. Multiplied by 2.5 billion billion, this gives 1041 cubic metres.
Since posting this, I’ve received the following clarifications:
From Jacob Bayless:
“… about the volume of the solar system — there is no agreed-upon definition of its diameter, which is why the figures vary wildly. (There are also two definitions of ‘a billion’, which adds to the confusion). Using the radius of Neptune’s orbit, as the farthest ‘planet’ from the sun, gives the 2.5 billion billion figure:
The orbit of Neptune is 4.5 x 10^12 m radius, which yields a 4 x 10^38 cubic m sphere. Multiplying this by 2.5 x 10^18, or “2.5 billion billion”, gives 10^57 cubic m. So that calculation checks out.
The heliopause radius would be another possible way to measure the solar system radius; it’s 4 times as far and thus 64 times the volume.”
From Geoff Briggs:
“Michael Rowan has taken the size of the solar system to be the orbit of Neptune, which is kind of understandable, but the sun’s influence extends a LOT further than that, so his estimate is correspondingly significantly overstated (ie the extra billion).
The 39,629,… cubic km figure from yahoo answers is based on a correct calculation in light years, but then a massive cock-up in the conversion to cubic km. The author seems to have assumed that a light year is about 21,000,000m, which is off by about eight orders of magnitude. 4.2 cubic light years is about 3.6 x 10^39 cubic km (and hence about 3.6 x 10^48 cubic metres).”
From Andrew Bryce:
“Starting volume of Egyptian possessions = 1 m3
after 3000 years volume = 1 x (1.045)^3000
= 2.23 x 10^57 m3
Assume the radius of the solar system is 50 AU (the distance to the Kuiper belt)
1 AU = 1.496 x 10^11 m
radius of the solar system = 50 AU = 7.48 x 10^12 m
volume of solar system = 4/3 x pi x r^3
= 1.75 x 10^39 m3
so the Egyptian possessions would require 2.23 x 10^57 / 1.75 x 10^39 solar systems
= 1.27 x 10^18
= about 1.27 billion billion solar systems
If you consider the radius of the solar system to be 40 AU (about the mid point of the orbit of Pluto), then you would get a figure of about 2.5 billion solar systems.”
But: “if you round off the volume of possessions to exactly 10^57 m3, and you assume the radius of the solar system to be 30 AU (the orbit of Neptune), then you would also get a figure of around 2.5 billion billion solar systems (well, 2.64 billion billion), which might be where the calculation came from. That would be a better definition for the size of the solar system, because it has a neatly defined edge.”
3. EA Wrigley, 2010. Energy and the English Industrial Revolution. Cambridge University Press.
4. http://www.theguardian.com/environment/2014/may/12/western-antarctic-ice-sheet-collapse-has-already-begun-scientists-warn
5. http://www.theguardian.com/environment/2014/may/23/ecuador-amazon-yasuni-national-park-oil-drill
6. http://www.entornointeligente.com/articulo/2559574/ECUADOR-Gobierno-concede-licencia-para-la-explotacion-de-dos-campos-del-ITT-23052014
7. http://www.theguardian.com/world/2013/aug/16/ecuador-approves-yasuni-amazon-oil-drilling
8. http://www.wwf.org.uk/how_you_can_help/virunga/
9. http://www.theguardian.com/environment/2014/may/23/fracking-report-billions-barrels-oil-government-cynicism
10. http://www.telegraph.co.uk/earth/energy/fracking/10598473/Fracking-could-be-allowed-under-homes-without-owners-permission.html
11. http://www.theguardian.com/environment/2014/may/23/fracking-report-billions-barrels-oil-government-cynicism
12. Philippe Sibaud, 2012. Opening Pandora’s Box: The New Wave of Land Grabbing by the Extractive Industries and the Devastating Impact on Earth. The Gaia Foundation. http://www.gaiafoundation.org/opening-pandoras-box
13. http://www.forestindustries.fi/industry/paper_cardboard_converted/paper_pulp/Global-paper-consumption-is-growing-1287.html
14. https://www.globalonenessproject.org/library/articles/space-race-over
15. Michael Rowan, 2014. We Need To Talk About Growth (And we need to do the sums as well.) http://persuademe.com.au/need-talk-growth-need-sums-well/