DR-Congo’s member of the parliament interview sheds even more light over why SOCO’s chairman Rui de Sousa said a few days ago at the company’s AGM :

“We have not pulled out – it’s not the point”

Francois Nzekuye: “We can then ask for the declassification of part of Virunga National Park”

SOCO has agreed that it is not going to explore or exploit oil in other World Heritage sites and that it would suspend exploration [in Virunga] after the first phase. The first phase is the seismic and the biological surveys, so it will not pass to drilling before there is an agreement between the Government of the Republic and the UNESCO.

Agreement that should be made effective, if the results provided by SOCO to the government show us that there is oil in exploitable quantity, we can then ask for the declassification of part of Virunga National Park. At this point in time we will be able to exploit the oil and nobody can say that we are exploiting in a protected area due to the fact that this part of the park is not anymore a protected area.”

Soco International said this week that it would finish its current round of oil exploration in an internationally important African park but would not commission further work there unless Unesco and the Congolese government “agree that such activities are not incompatible with World Heritage status”.

Although the statement gives the impression that Soco is withdrawing from eastern Congo’s Virunga National Park – home to around a quarter of the world’s endangered mountain gorillas – the company’s caveats show this is far from the case. Highlighting the loop-holes, Soco Deputy CEO Roger Cagle suggested in the Times on Wednesday that Virunga’s boundaries could be redrawn.

Commenting on Soco’s announcement, issued jointly with WWF, Cagle said: “It forces DRC and Unesco to come to some kind of accommodation, as has been demonstrated in many other places where they have accommodated things in world heritage sites by redrawing boundaries”. Underlining the ambiguity of Soco’s stance, Soco Chairman Rui de Sousa responded to a question on Virunga at the company’s AGM today by saying: “We have not pulled out – it’s not the point”.

Soco’s joint announcement followed a damaging exposé in the new documentaryVirunga, relating to people connected to Soco and its activities in the park, which is home to around a quarter of the world’s endangered mountain gorillas. Soco had also been under pressure from several campaign groups, including WWF, Human Rights Watch and Global Witness over its project in Virunga. WWF has agreed to stop pursuing a complaint made against Soco to the Organisation for Economic Cooperation and Development (OECD) in October last year, in which it alleged that “Soco has disregarded DRC’s legal commitment under the World Heritage Convention to preserve Virunga”. WWF also said that local people opposing its projects were afraid to speak out because of the company’s use of security forces “as promoters of its project”. Soco has said WWF’s allegations were not supported by the facts.

“Soco should tell the public if it is pulling the plug on its oil project or not,” said Nat Dyer of Global Witness. “Whatever it decides, it must address serious allegations of attempted bribery and payments to rebels in the new documentary Virunga. It should also address concerns over the targeting of Soco’s opponents by Congolese security forces.”

In April the feature-length documentary, Virunga, was screened at the Tribeca film festival in New York, showing undercover footage of Soco allies appearing to offer a bribe to a park official. The footage in question shows meetings between the park official, Soco’s point-man in the Congolese army and one of Soco’s security subcontractors. In a written statement published on 24 April Soco denied “any knowledge of the security contractor filmed making a payment and does not in any way condone his actions”.

The documentary also shows a Soco official and another subcontractor apparently discussing payments to rebels. Soco, however, has denied having ever paid rebels.

Soco has said it is not connected to the incidents detailed by Human Rights Watch and the Congolese activists, and that it “does not condone, partake in or tolerate corrupt or illegal activity whatsoever”. Soco has also said that it believed the allegations in the Virunga film were groundless. It said that it would “investigate thoroughly and deal with each and every incident” if there was evidence of wrongdoing.

Soco “denies that their operations in the park are illegal and states that it is committed to abiding by international and national law”.

“Soco has said Virunga’s borders could be redrawn – something that would allow it to drill while keeping to the letter of its latest statement. Unesco should stand firm and oppose declassifying the park to suit the interests of an oil company,” said Dyer. French oil company Total, which also holds oil rights in eastern Congo, said last year that it would not drill for oil anywhere falling within Virunga’s current boundaries. 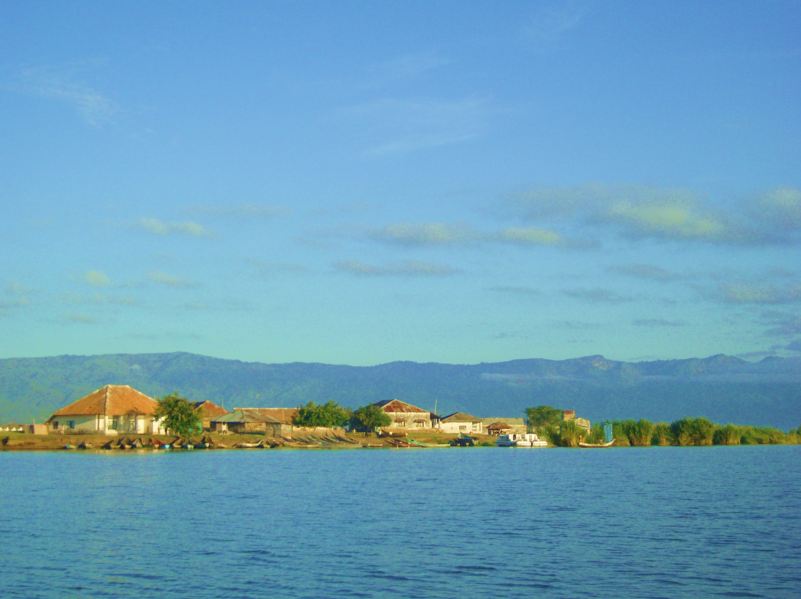