The exploitation of natural resources has proven to be a major driver of conflict in DRC and the Great Lakes region. Oil exploration in Virunga has followed the same track with a poor local engagement, the total exclusion of communities from decision making and the criminalization of local protests against oil.  In light of the fragility of the peace in this region and the price paid by the Congolese for the exploitation of their resources the only possible alternative  for Virunga and its people is the sustainable development option.

DRC Government and the international community should focus on the green potential of this region and prioritize areas for sustainable development, while avoiding the mistakes of the past.

The following UNDP study identifies the drivers of conflict and instability in DRC and explores possible measures to address these drivers. 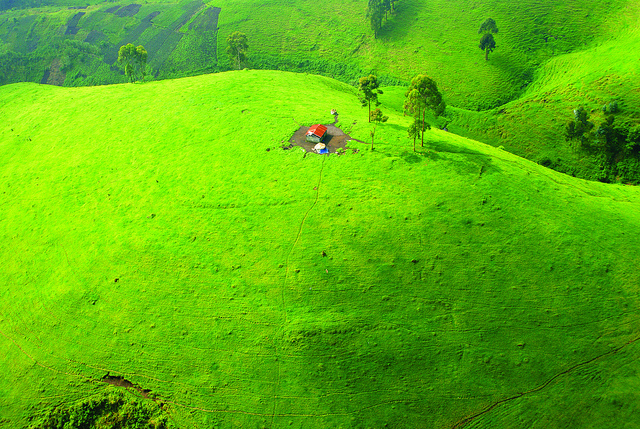 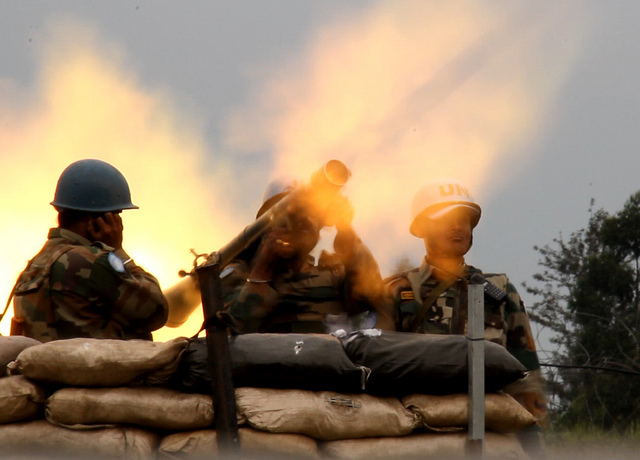 Natural resources have become a major driver of the conflict in the region, especially in light of the fragility of the State and its inability to exercise its public authority over non-state actors. Two factors that have aggravated this are inequality in access to resources and the ease with which such resources can be looted. Weak governance structures in the DRC mean that most resources are easily plundered. Horizontal inequality in access to or control over scarce land, water or other natural endowments in the countries within the region seem to have exacerbated tensions, as ethnicity, religion, race and class have become key factors in determining who has access to resources. These are also driving forces of mass migration and the formation of complex networks of illegal extractors. For example, the extraction of coltan in North and South Kivu involves an intricate network of individual extractors and their superiors, armed movements and authorities, regional governments and multinational corporations. The result has been severe environmental damage in an uncontrolled mining regime, which has in turn led to conflicts. In Burundi, poor environmental management at local and national government levels has led to conflict, as policies favour particular groups, and policymaking is not transparent.

The resource-driven conflict is not localized. It is linked to an endless scramble for power (which is again linked to resources) and resources between internal and external actors. While natural resource wealth has fuelled conflict among factions within the DRC, some neighbouring actors have also been eager to obtain a share of the country’s vast natural resources. For example, since the 1998 conflict began in the DRC, competition between neighbouring states over the extraction of mineral wealth fuelled the conflict in eastern DRC and led to broader instability in the GLR.

Conflicts over natural resources arise when parties disagree about their management and distribution, and about the protection of the resources and related ecosystems. These conflicts can escalate into destructive relations and violence when the parties are unable or unwilling to engage in a constructive process of dialogue and conflict resolution. Conflict becomes even more problematic when social mechanisms and institutions for managing and resolving conflict break down, giving way to violence. Societies with weak institutions, fragile political systems and divisive social relations can be drawn into cycles of conflict and violence.

The exploitation of non-renewable extractive resources in the region has been implicated in triggering, escalating or sustaining violent conflicts. Violent conflict is most likely to occur where local communities have been systematically excluded from decision-making processes, when the economic benefits are concentrated in the hands of a few, and when the burdens associated with extractive resources clash with local social, cultural, religious and environmental norms or align with pre-existing tensions. The price paid by societies threatened by, undergoing or emerging from violence related to natural resources is evident in the lives lost or touched by conflict, and amplified by fractured relationships, weakened institutions and destroyed infrastructure.

The main drivers of conflict related to extractive resources in the GLR include:

The political aspect of extractive resource management seeks to find ways of institutionalizing political reforms to strengthen the administrative capacities of governments to adequately respond to external shocks, rent-seeking and the predatory behaviour of state agents. Politicians fall short in making difficult political choices to reform bureaucracies in an attempt to insulate the State from organized interest groups and deploy economic policies more effectively.

In contexts where governance is influenced by external actors, states must exercise political autonomy that is separate from the forces of globalization, including powers to build economic and social programmes that are largely independent of commodity production. Extractive resource governance depends on States’ abilities to decide the management of scarce resources. This means finding the appropriate balance between State-led and market-led mechanisms in facilitating the internationalization of extractive resources. To this end, it is important to examine institutions and to construct normative standards of good governance in managing resources.