A must read article about what it entails to create a transformative and sustainable prosperity in Africa, and to keep places like Virunga forever.

African governments need to switch from a predominant extractive economic model to a people and human knowledge orientated development pathway. Digging for oil and minerals not only shatters pristine environments and sustainable economic alternatives but undermines the real richness which Africa is endowed with and that is its Human Competence.

A country like Kenya mastered the mobile money transfer technology because of the “acquisition, domestication and expansion of local technological capabilities”. Kenya was at a crossroad and opted for new innovations and for the identification of emerging technologies.

DR-Congo has an even greater untapped human and natural potential. The country could be the pioneer in a new development model for Africa. Investing in knowledge diversification for a green development model, where ecosystems and associated services are valuated, protected and contribute to national transformative economic growth, could turn the wheel of time.

This is not only about investing in nature but investing in local capacities, in Congolese, in giving them the power to change their country for the best. People and Nature: Together.

Raw materials are an important part of Africa’s past, present and future. However, they are not the most strategic entry point for industrial diversification and job creation. Instead, we should place direct focus on upgrading human competence.

Raw materials are exhaustible, human knowledge grows with use. That is the secret of industrial diversification, job creation and prosperity. 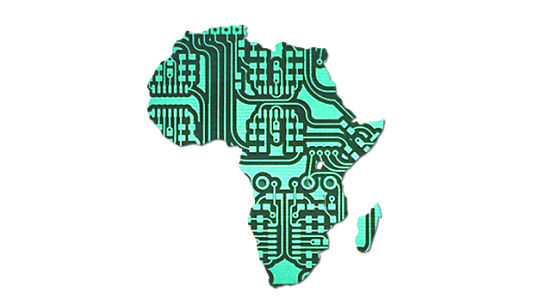 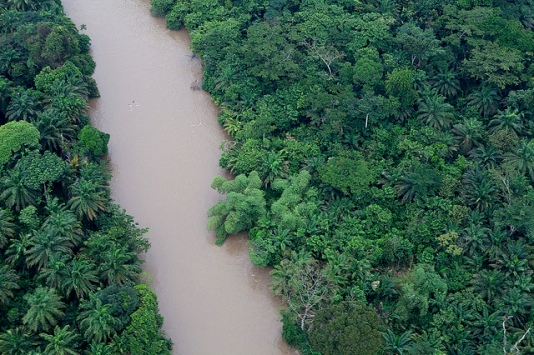 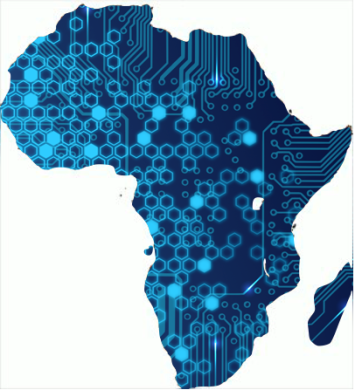 Diamonds are not forever – knowledge is power

Africa must industrialise to create broad-based prosperity. To achieve this aim, policymakers focus too heavily on getting more out of natural resources rather than growing and applying knowledge, which is the real basis of economic diversification and progress.

Africa’s innovation strategies are at a crossroads. The African Union’s 10-year Science, Technology and Innovation in Africa Strategy (STISA-2024) seeks to reposition Africa as a technology-driven economy, away from a supplier of raw materials for the global economy. To resolve the tension between mineral dependency and innovation, policy makers stress the importance of adding value to natural resources.

African states should try to get the best possible deal for their resources and often this will involve in-country value addition. At present, the continent’s commodity systems not only suffer from enormous Illicit Financial Flow leakages, sucking money out of the continent and away from government treasuries, but also tend to engage in the least profitable end of the value chain. For example, in 2014 Africa exported $2.4 billion of coffee. Germany, which is not a producer but a processor, re-exported nearly $3.8 billion worth of coffee. The standard response to the disparity is to call on Africa to add value to its coffee.

However, value addition should not be the primary model for industrial diversification. To give it that focus would be to ignore lessons from economic history and tariffs imposed on African exports by trading partners.

For many of the largest markets African states sell to, the tax charges are higher the more refined the product is. So, it is expensive for countries to add value to their exports unless they can convince trading partners to give them more beneficial terms or find new trading partners.

Reducing or removing tariff barriers would not automatically lead to value addition in producer countries. Raw material exporters would need time to build up processing capabilities. The temptation under such conditions is to enter into joint ventures with importing country companies or to encourage them to set up processing capabilities in the exporting countries. These policies may be successful, but they may also give too much away to those foreign companies, especially if the policy is erroneously seen as the route to industrialisation.

There is little evidence to suggest that countries industrialise by adding value to their raw materials. Rather, the causality runs the other way – countries add value to raw materials because they already have the technological capacity to do so.

In fact, commodity booms are often a consequence of policy incentives, improvements in exploration technology and investment in commodity-related public research. Africa currently lags far behind in such efforts, distracted by its mineral wealth.

Africa’s most significant challenge is upgrading the competence of its people through enhanced education in science, technology, engineering and mathematics.

Such investments will enable the continent to develop the capacity to use the world’s available scientific and technical knowledge to diversify the economy. This economic development will not be dependent on natural resources, although they will likely play some role.

Let us look a few inspirational examples. In the early 1960s, Taiwan was a leading mushroom exporter. It quickly became a semiconductor powerhouse. It did not achieve this through the beneficiation of mushrooms. In the 1990s, Finland dominated the world market for mobile phones. This success was not achieved by adding value to lumber, for which it was known. A decade later, Kenya’s pioneering of mobile money transfer owed nothing to value addition in its tea or coffee sectors. Brazil’s sugar was not the basis for the emergence of the country’s aeronautical prowess. China focused considerably on meeting the food needs of the people by expanding rice production. But this was not the basis for its rise as a world leader in solar photovoltaics. The secret of these countries lies in their acquisition, domestication and expansion of local technological capabilities. But even more importantly, these countries were able to identify emerging technologies that could serve as a platform for producing a wide range of products and associated services.

Technological versatility is a critical element of product development. Some technologies offer greater opportunity for product diversification than others. Diamonds are not forever, but the knowledge underlying their structures might be. Agricultural residue may appear valueless. But with modern knowledge on nanotechnology and chemical engineering, such material could be the basis of new biomaterials-based industries. Knowledge diversification offers countries greater opportunities for creating new economic combinations.

For the most successful combinations to arise, policymakers should be aware that technological innovation is a recombinant process that builds on prior knowledge. For example, as noted in this column last month, the 3D printing industry – a possible dramatic growth sector that some young African entrepreneurs are already exploiting – is an extension of the digital revolution, but it also requires additional expertise in electronic, mechanical and chemical engineering.

Pursuing such strategies requires building up the capacity to identify, acquire and domesticate emerging technologies. Such competence usually resides in science, technology and engineering departments in universities and research institutes. In fact, most African nations already possess pockets of such capabilities in their institutions of higher learning and research. But their governments hardly know about their existence, partly because of their preoccupation with raw material exports and appeals for foreign assistance.

Africa’s economic transformation through innovation is within reach. But this cannot be effectively pursued while continuing to be hobbled by the untenable view that industrial diversification needs to start with adding value to the continent’s materials.

But, this should be done as an end in itself, not as the mechanism for spurring industrial development. To industrialise, policymakers should focus on the knowledge underlying industrial products and processes. With such knowledge, African countries may, in fact, find opportunities for increasing its manufactured exports that are not necessarily related to their natural resource endowments.

It is partly because of the limited investment in technological competence that Africa has hardly been able to benefit from trade arrangements such as America’s Africa Growth Opportunity (AGOA). Similarly, Africa’s exports to new markets such China are still very low despite the removal of tariffs and duty on a wide range of products. The same obstacles face intra-African trade, which remains small.

Raw materials are an important part of Africa’s past, present and future. However, they are not the most strategic entry point for industrial diversification and job creation. Instead, we should place direct focus on upgrading human competence.

Raw materials are exhaustible, human knowledge grows with use. That is the secret of industrial diversification, job creation and prosperity.

One thought on “Diamonds and Oil are not Forever: African Knowledge is the Answer”