During the past week much attention went to the renewed danger to Virunga National Park coming from oil exploitation.  The DRC government officially announced presence of oil in Block V and an oil bidding process in Uganda was opened in a block that not only borders Virunga National park but also includes the Ugandan part of Lake Edward.

This new threat is not new, and its possible ecological and socio-economic impacts for communities and biodiversity in DRC and Uganda were timely communicated in an open letter from local Environmental civil society in the Great African Lakes Region, addressed to the Head of States of DR Congo and Uganda in August 2015. 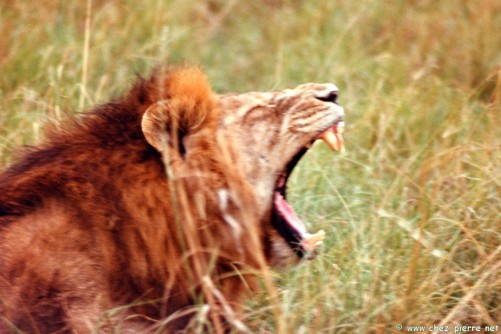 Civil society actors reminded their governments that they should “not grant oil concessions in Lake Edward; which could cause damage to the outstanding universal values of Virunga National Park, a UNESCO Natural World Heritage Site. And that both countries should fulfill their commitments made freely and protect transboundary sites such Virunga National Park and Queen Elizabeth National Park including Lake Edward, a RAMSAR and UNESCO World Heritage site, of the risks of oil exploitation activities.”

They also exposed the different ecological and socio- economic threats of such an enterprise, which could not only pollute the waters of the Nile Basin causing a potential source of international conflict between the countries, but also looked at the past especially in developing countries, “which have shown that oil exploitation essentially benefits the multinational companies only”.

Thus, poverty, water pollution, the expropriation of land reserved for agriculture and livestock often force people to wander, with destabilizing migrations, as is the case of flows of illegal migrants and Africans, seeking a better life in Europe and which the majority comes from oil producing countries.

In other words they warned us of the possible negative effects of Natural Resource conflict in this region  and Europe; and helped us give a human and local face to this renewed danger to Virunga, one that should never be forgotten.

HOWEVER… the danger does not end here…

We should not only focus on these new threats but also look at the past of conservation in Africa. Today more than ever, this past could be used in order to change the boundaries of this irreplaceable park, destroying its integrity and helping to open oil exploration through the back door.

The importance of the park and its impact on communities is not something that you can only consider from the present. We are dealing with a post conflict situation; we are also witnessing a shift in the management of protected areas and most certainly in Virunga. Protected areas in DRC have had also their own share of conflicts and violations. In the past Virunga national park management has not always supported the fulfillment of basic rights in North Kivu. The so-called ‘fortress’ model of protected area management, that focused on keeping people out, sometimes employing repressive law enforcement methods to do so, contributed to increasing conflicts between local communities and park rangers in the past.

This has changed today. The current park management is making real efforts to break with the past. They have won the respect of local leaders, key civil society and they are working together for the future and wellbeing of the ecosystem /local population of eastern DRC. Virunga Alliance not only reports in it is Vision for Virunga  that green investments in key sectors such as renewable energy, agro-industry, sustainable fisheries and tourism are projected to create up to 60,000 new and sustainable jobs by 2025, but is also getting anno 2015 its first results on the ground.

Strangely enough, it is also today, that some concerns expressed by local communities in 2011 are being reignited. Why?

The most questioning part is not about the emitted concerns; these have always been there and should be addressed in a transparent and participative way.

Virunga Park has the most to win consulting with local communities and reflecting on the principle of free, prior and informed consent that remains non-negotiable for all projects that may affect the rights of local communities including the right to a healthy environment. In order for Virunga to survive we all know that we need to strengthen our efforts in making this connection PARK-PEOPLE stronger, always taking into account local considerations in any development plans. Virunga Alliance is one possible answer, solution, and a beginning.

Our questions are much more around the timing…

SOCO gives up its license, the DRC government announces the “presence of oil” in Virunga, and an old petition of 2011  is used in order to start multiple protests around Virunga and trigger land encroachments, and this while Virunga park is getting its first concrete results on the ground and realizing real changes for communities since the creation of the park: employment, electricity and hope.

One can only ask himself, what could be the possible motives?

The answer again comes from the local community itself:

The oil exploitation project is at the back of this new invasion, but it will not change the boundaries of Virunga as some think and want. Because its socio – economic and cultural value is priceless in comparison to the short-term benefits oil will want to bring the DRC. We regret and condemn in the strongest terms the encroachment of the limits of the Park, we fishermen and farmers alike, will be all victims.

Let us be reasonable, consistent and avoid these type of manipulations, because the objective behind it is far from being ours: Protecting Virunga for the survival of present and future generations.

This fisherman of Lake Edward speaks for all of us.

One thought on “How do we keep Virunga Safe? Listen to Communities and Avoid Manipulations”