As Donald Trump enters the White House, it is time to join the global movement of resistance. Find your trigger, your strength to change the world:

You and I must take daily actions that make large-scale changes possible.

Have courage. Challenging the status quo can attract ridicule. We need the quiet courage of decent people doing the right thing.

Ordinary people doing extraordinary things to Save our Earth

Resist! Stop Fossil Fuels, Fight for Justice, Save Virunga and all these other Places and Peoples 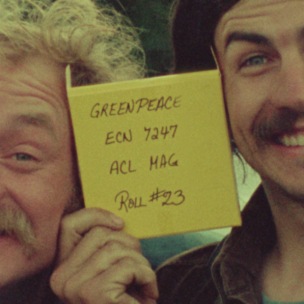 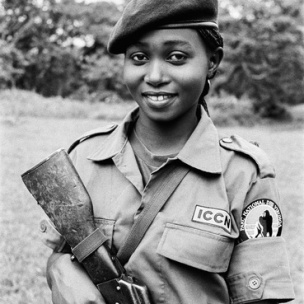 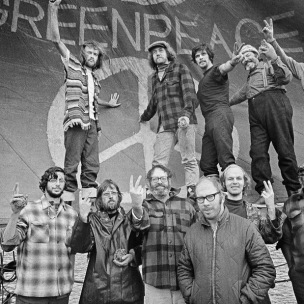 Rex Weyler is writer, journalist, ecologist and historian. In the 1970s, Weyler served as a director of the original Greenpeace Foundation, and as campaign photographer and publisher of the Greenpeace Chronicles. He was a cofounder of Greenpeace International in 1979.[1]

How to change the world

As an American college student in the 1960s, I witnessed television images of the war in Vietnam and made two vows: I would never participate in such brutality and I would do what I could to end it. As naive as I may have been about the world, I believe now that the peace movement of that era helped end that war and save thousands of lives. Likewise, civil rights protesters such as Rosa Parks and Martin Luther King helped enshrine human equality in the modern world. People with vision can change the world.

I pursued journalism, also perhaps naively, because I believed journalists could help transform society. After witnessing oil spills and burning rivers, I embraced the environmental movement. In 1972, I immigrated to Vancouver and met a group of ecologists who wanted to change the world, the early Greenpeace Foundation. To bring about environmental change, we borrowed tactics from social reformers such as Gandhi and media theory from Marshall McLuhan. We pulled off stunts on the global stage with the intention of changing people’s minds about peace and ecology. It worked.

I remain optimistic about the ability of people to change society, but before we can be optimistic, we must be realistic. The ecology movement helped cajole society into accepting some environmental limits, but humanity’s efforts remain inadequate.

The fourth Intergovernmental Panel on Climate Change unequivocally attributes increased global warming to human actions, principally burning fossil fuels and destroying forests. Industrial civilization has been heating the planet since at least 1750, and the warming will likely continue for a millennium, regardless of what we do now.

Keep in mind that other environmental urgencies — depleted ocean fisheries, species loss, soil erosion, and toxic pollution — remain on our agenda. A 2005 UN assessment found that two-thirds of all natural services to humankind were in decline. Over two billion people face water and food scarcity. Nine million starve to death each year. These crises are driven primarily by the consumptive habits of the richest 15 per cent of humanity. The developing world — largely China, India, and South America — now want to share in the material wealth, putting more pressure on resources and accelerating the heating trends.

To begin, we will have to abandon certain precious beliefs. An old saying says that insanity is doing the same thing we’ve always done while hoping for a different result. We must accept the crisis honestly and react accordingly.

Our models for operating are wrong-headed and destructive. Economists have misjudged the significance of ecology and the impacts of industrialism. Disappearing forests, dry rivers, and toxic fish are costs of doing business paid for by the entire human community.

This has to change on a colossal scale. The environment is the economy. We must account for nature’s bounty as a global asset, develop renewable energy, minimize the harmful effluents of industry, and begin the long road back toward living within our ecological means.

At the social level, we will need to let go of outmoded politics. Right-left bickering over the spoils of industrial wealth will not save us. Socialist China and capitalist America produce virtually identical ecological disasters.

Social justice remains a worldwide problem, and much of this injustice is driven by ecological degradation. For those of us in rich nations, who enjoy the opportunities of industrial wealth, our ecological mistakes result in worldwide misery. If we care about social justice on our streets, we must also care that our use of the world’s resources contribute to poverty and violence in Nigeria, Burma, and in the streets of Sao Paulo.

Eventually, however, change comes down to human activity at the most local level. You and I must take daily actions that make large-scale changes possible. We must act as if the age of ecological enlightenment has already arrived. Here are some ways we can share the burden of change and be part of the solution:

After decades of looking for ways to reform society, I know one thing for sure — action eradicates the feeling of hopelessness.

If a poor seamstress like Rosa Parks can quietly sit on a bus in Alabama and change the world, so can we.

Rex Weyler is the author of Greenpeace: The Inside Story, from Raincoast Books, and is a cofounder of Hollyhock retreat centre on Cortes Island.