Marginalised for decades, Pygmy peoples are fighting for recognition and land rights. Even the term ‘pygmy’ is laced with historical racism and prejudice; they are not treated as equal citizens in their home country. At the heart of pygmy culture is their forest, central to their spiritual beliefs, and ancestral heritage it is also their source of food and livelihood. Large swathes of their land are being exploited by international companies without the consent of the Pygmy peoples. (The Fight for Recognition in DRC)

Too often conservation in Virunga is misrepresented or simplified to armed rangers against communities and indigenous communities displaced in the name of conservation and protected areas. However the reality on the ground is far more complex and many times less antagonistic. Rangers and Pygmy peoples are closer to each other than you might think. Both are fighting for the survival of Virunga National Park.

Pygmy peoples have played a crucial role in the conservation and protection of the Congolese Forests. They are the mothers and fathers of Virunga. They act as effective stewards and should be recognized as true protectors of its lands, waters and forests. They are the most natural allies for the survival of Virunga. The time has come to join efforts and build a strong movement against the destruction of our last natural irreplaceable places. Rangers and Pygmies share the interest to safeguard Virunga National Park, its wildlife, and all other forested areas for the wellbeing of future generations. Together they can play a pivotal contribution to the conservation and renewal of nature.

Today, we have to fight together. Pygmy peoples participation in conservation is a non-negotiable requirement. If we want to Save Virunga, in the long term, we have to build a new generation of people that feel and understand their connection with Mother Earth and not only see it for its short term economic benefits. Today more than ever we have to fight for solidarity, peaceful cohabitation and invest in our shared values. At the heart of pygmy culture is their forest, central to their spiritual beliefs, and ancestral heritage. Lets’ learn from them. Our world has been for too long up-side down, a new revolution is needed where we teach our children and frontline defenders what is our shared heritage and reconnect with our true-selves. 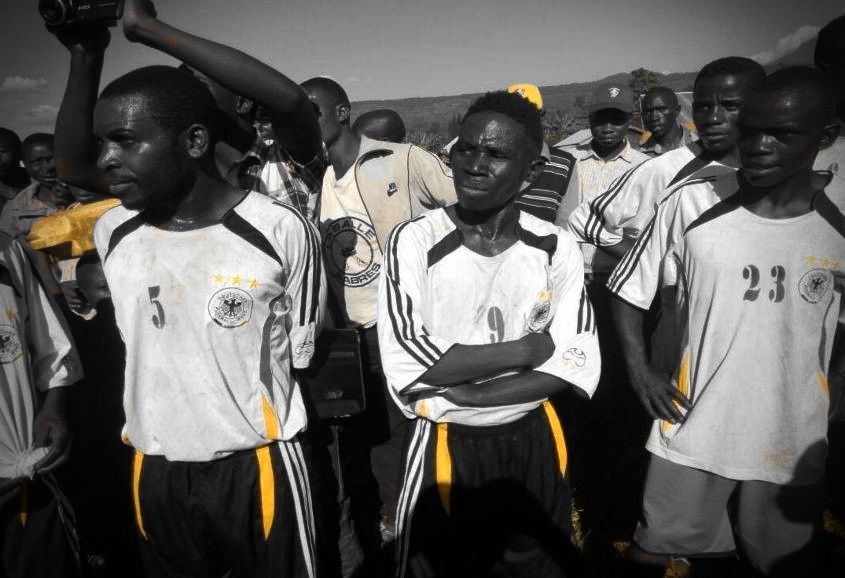 In 2017 we still need guns to defend Virunga, but one day rebels and militias will be gone and what a better way to protect Virunga than with an army of people that understand the true value of nature and feel connected to it beyond material and individual interest; and finally recognize that all life, all ecosystems on our planet are deeply intertwined.

The battle is still on let’s build the Movement #TeamVirunga