As we begin the new year of 2019, we, the member organizations of the Synergy of Ecologists for Peace and Development, regret to draw a mixed assessment for the conservation of Virunga National Park during the year 2018. Indeed, the good news is that with the combined efforts of local communities – governmental conservation institutions… Read More

DRC, the continent’s beautiful and precarious heart, sits once again upon a ticking bomb. 19 JUN 2015 00:00 TONY WEAVER It is one of the most beautiful places on Earth. And one of the most tragic. It is that corner of Africa where Rwanda, Uganda, and the Democratic Republic of the Congo come together. Straddling… Read More

Local NGO CREDDHO condemns the intimidation of the residents of Lake Edward’s fishery Kyavinyonge by the Congolese naval forces.. Eight naval officers and two officers of the Congolese National Police, who took part in a public rally aimed at mobilizing the population to express its support for the oil exploration project in Virunga National Park,… Read More 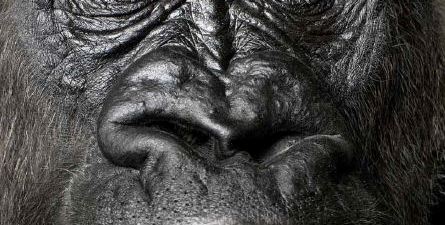 FOR MORE, PLEASE READ: . The Last Stand of the Gorilla – Environmental Crime and Conflict in the Congo Basin . Gorillas, the largest of the great apes, are under renewed threat across the Congo Basin from Nigeria to the Albertine Rift: poaching for bushmeat, loss of habitat due to agricultural expansion, degradation… Read More

Written by Joshua Alter Virunga National Park (Virunga) covers 790,000 hectares in the Democratic Republic of Congo (DRC).(2) Originally designated a national park in 1925, Virunga became a United Nations Educational, Scientific, and Cultural Organisation (UNESCO) World Heritage site in 1979.(3) Virunga has been described as “the most unique biosphere in the world,” with more… Read More

By Felix Njini Windhoek – While discoveries of crude oil are supposed to be a precursor to greater economic prosperity, this is not likely to be the case for the Democratic Republic of Congo. Risk analysts warn that recent oil strikes could fuel further internal strife. If not well-managed, oil discoveries in the vast and… Read More

Oil: a financing method of armed groups, will it bring peace to Virunga? International Relations specialist Achim Wennmann’s investigated the economic dimensions of armed groups. His study reveals a wide variety of financing methods used by armed groups and state actors in conflict zones like eastern DRC. Insights are provided on how the presence of… Read More